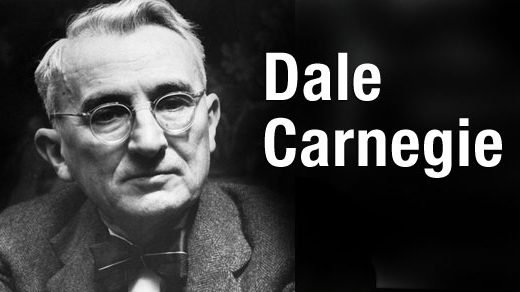 Change your life with these steps by Dale Carnegie.

Dale Carnegie is the granddaddy of all things success. He is famously known as the author of “How to Win Friends and Influence People” which is a book about attaining success in all aspects of life. His main theme was that in order for a person to be successful, he needed to win the favour of others first. Carnegie (1937) stated that financial success is due 15% to professional knowledge and 85% to the ability to express ideas, to be a leader and to arouse enthusiasm among people. How do we establish these long lasting, successful relationships?. Thanks to Carnegie’s book, we now have a sure-fire way to not only attain, but build and establish a successful career.

“Any fool can criticize, condemn, and complain — and most fools do,” Carnegie wrote. “But it takes character and self-control to be understanding and forgiving.”

Carnegie explained that those in leadership positions should acknowledge when a subordinate is not meeting expectations or when a competitor’s approach is inferior to their own, but do so in a way that acknowledges what is working, avoiding resentment and encouraging improvement.

“Abilities wither under criticism; they blossom under encouragement,” Carnegie wrote. Be lavish with praise, but only in a genuine way, he advised.

“Remember, we all crave appreciation and recognition, and will do almost anything to get it,” he said. “But nobody wants insincerity. Nobody wants flattery.”

Carnegie wrote that “the only way on earth to influence other people is to talk about what they want and show them how to get it.”

He referred to a quote by Ford Motor Company founder Henry Ford: “If there is any one secret of success, it lies in the ability to get the other person’s point of view and see things from that person’s angle as well as from your own.”

4. Know the value of charm

Steel magnate Charles Schwab claimed his smile was worth a million bucks — literally.

“And he was probably understating the truth,” Carnegie wrote. “For Schwab’s personality, his charm, his ability to make people like him, were almost wholly responsible for his extraordinary success; and one of the most delightful factors in his personality was his captivating smile.”

5. Encourage people to talk about themselves

Carnegie said most people loosen up even in tense situations if they start talking about what they know. Namely, themselves.

Listening closely to someone “is one of the highest compliments we can pay anyone,” Carnegie wrote.

6. Know when to use suggestions instead of direct orders

Carnegie learned that the industrialist Owen D. Young, rather than barking commands to his subordinates, would lead them along with suggestions (“You might consider this…”) or questions (“Do you think this would work?”).

“He always gave people the opportunity to do things themselves; he never told his assistants to do things; he let them do them, let them learn from their mistakes,” Carnegie wrote.

7. Acknowledge your own mistakes

The best leaders, Carnegie said, do not lionize themselves, appearing as if they were flawless.

“Admitting one’s own mistakes — even when one hasn’t corrected them — can help convince somebody to change his behavior,” Carnegie wrote.

Whether leaders are giving employees a demotion or letting them go, they need to recognize that person’s dignity and not humiliate them, Carnegie said.

And even from a practical standpoint, he continued, it’s in a leader’s favor to remain on good terms with an employee who didn’t work out, since it’s possible they will cross paths, and may even work together, again.

Even if you manage to tear apart someone else’s argument, you don’t actually achieve anything. Carnegie cited an old saying: “A man convinced against his will/Is of the same opinion still.”

If you’re looking to actually persuade somebody, avoid an argument in the first place, he said.

10. Be friendly, no matter how angry the other person may be

It’s human nature to meet aggression with aggression. But, Carnegie said, you will be surprised what you can usually accomplish when you take the high road and maintain your composure while you continue trying to persuade them, expressing appreciation for their point of view.

At the very least, the other side will embarrass themselves as you stay cool and collected.

“Begin by emphasizing — and keep on emphasizing — the things on which you agree,” Carnegie wrote. “Keep emphasizing, if possible, that you are both striving for the same end and that your only difference is one of method and not of purpose.”

12. Get others to think your conclusion is their own

No one can be forced to truly believe something, Carnegie wrote, and that’s why the most persuasive people know the power of suggestions over demands.

Carnegie said that you should plant a seed, and when that’s blossomed, avoid the urge to take credit for it.

Upgrade You Career With Open Badges

How to find inspiration?

How to get internship abroad